Traditionally on the third Tuesday of September, the Dutch government proposes its Tax Plan (Belastingplan) to the Parliament for the years 2020 and onwards. This Tax Alert will highlight the main proposals. Have a look at the proposals and do a quick check to see if the tax position of your international company will change in the next years.

The withholding tax will be levied at a rate equal to the highest rate of Dutch Corporate Income Tax in the current year. For 2021 this rate is proposed at 21.7 per cent. The withholding tax rate may also be reduced by a tax treaty, if applicable.

Until recently, the substance requirements were deemed to be a safe-harbour in the anti-abuse provisions of the Controlled Foreign Company rule, the dividend withholding tax exemption and the foreign substantial interest rule. When fulfilling the requirements of having a payroll of € 100,000 and having an office space at its disposal for at least 24 months, group structures were deemed not be artificial. As a result of the so-called “Danish beneficial ownership cases” of the CJEU, this safe-harbour threshold is reversed. This implies that the tax authority can still argue that there is tax abuse even when the two requirements are fulfilled. The same amendment applies to the future withholding tax on interest and royalty payments.

This spring, the Dutch parliament presented a draft bill to amend the liquidation loss scheme for corporate income tax. The state secretary of finance has announced that the government intends to amend the liquidation and termination loss scheme in line with the principles of that proposal. The bill is not a part of the 2020 Tax Plan and will probably not be debated in parliament until next year.

The government intends to increase the effective tax rate under the Innovation Box regime from 7% to 9% as from 2021. 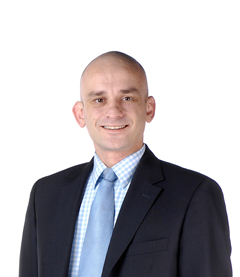