By:
Monique Pisters
On the third Tuesday of September, the Dutch government traditionally presents its Tax Plan (Belastingplan) and other important tax measures for the coming years to the Parliament. As the Dutch cabinet is currently discharged, the announced measures are less significant compared to previous years. However, there are still a number of plans which we would like to present. This Tax Alert will highlight the proposals which are important for international companies. Please read this alert and find out whether the tax position of your (international) company will change in the coming years.
Contents 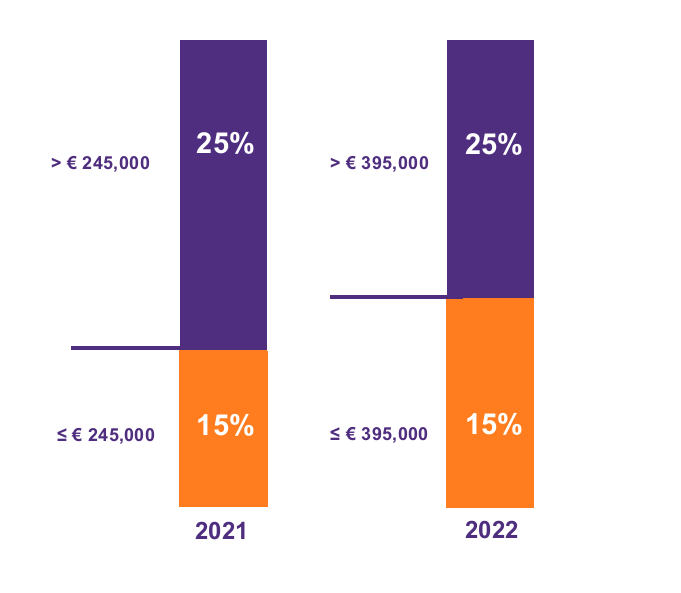 Dutch tax law includes an investment deduction for certain investments in environmentally friendly business assets. The government has decided to raise the deduction percentages. The previous rates were 13,5%, 27% and 36%. As of 1 January 2022, the rates will be raised to 27%, 36% and 45%.

In the Netherlands, transactions between group entities should reflect a fair market value, i.e., need to be at arm`s length. In case a transaction is not in accordance with the arm`s length principle, a downwards or an upwards transfer pricing adjustment takes place at the level of the Dutch corporate income tax payer via an informal capital contribution or a deemed dividend distribution. However, in case the country of the related counterparty does not recognize such a transfer pricing adjustment, an international mismatch may occur which could result in e.g. a deduction without a pick up.

The legislative proposal specifies that as of 1 January 2022, the taxable profit of a Dutch taxpayer can no longer be adjusted downwards if the taxable profit of the other group company is not adjusted upwards accordingly. The legislative proposal also provides for a rule regarding the onshoring of assets from a group company to the Netherlands. In case the transferring company is not obliged to adjust the sales price of these assets to a fair market value, the Netherlands will refuse to provide a step-up to the fair market value of the assets at the acquiring company.

The government plans to limit the settlement of dividend withholding tax and games of chance tax with corporate income tax. The cause of this limitation is a decision by the EU Court of Justice on 22 November 2018 (Sofina-ruling )

Earlier this year, the government announced that it will change the Dutch qualification rules for foreign partnerships. The aim of this change is to combat tax avoidance as a result of qualification mismatches. As a result of these changes, certain types of partnerships would be qualified differently than before. The government decided not to include this proposal in the Tax Plan 2022. As a result, the envisaged measure will not enter into force per 1 January 2022.