By:
Monique Pisters
On March 4, 2021 the Dutch government published a consultation document with a legislative proposal to counter tax avoidance by use of transfer pricing differences. As the consultation period is ending soon, we would like to briefly refresh your memory on the main objectives of this consultation document.
Contents

According to the Dutch corporate income tax act, transactions between related parties should occur in accordance with the at arm`s length principle.

In case a transaction is not executed in accordance with the arm`s length principle, a downwards or an upwards transfer pricing adjustment takes place at the level of the Dutch corporate income tax payer via an informal capital contribution or a deemed dividend distribution. In case the country of the related counter party does not recognize such a transfer pricing adjustment, international mismatches may occur, which could result in a deduction without a pick up.

In April 2020, the advisory committee on the Taxation of Multinationals therefore recommended to revise the arm`s length principle in the Dutch tax law to tackle such mismatches. The Dutch Government was open to the suggestions to amend Dutch tax law and announced to publish a legislative proposal in 2021. This legislative proposal was eventually published by the Dutch government on 4 March 2021. 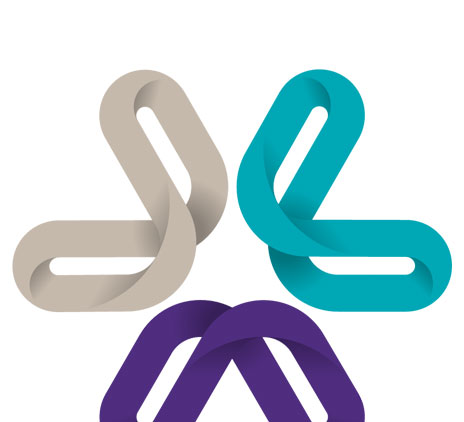 Scope of the proposal

In the example below, we will elaborate on the downwards adjustment with respect to an interest free loan provided from A ltd. to B BV, while the at arm`s length interest rate amounts to 5%. 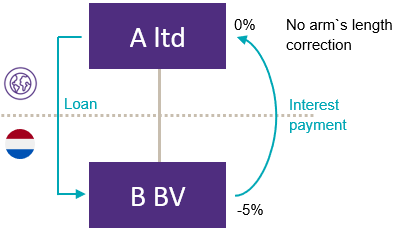 In the next example we have the same situation, but in this case IP is transferred from A Ltd to B BV. 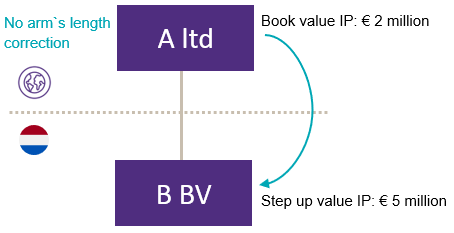 As no corresponding adjustment takes place at the level of A Ltd. no step up to the fair market value at the level of B BV would be allowed. As a result less depreciation expenses can be deducted against the Dutch taxable profit of B BV.

Please note that the legislative proposal also applies to assets acquired from a related party at a non-arm`s length price in the five years preceding 1 January 2022. In this respect the step-up at the level of B BV remains granted, but the subsequent depreciation (downward adjustment) will be denied. For example if A Ltd transferred the IP on 28 February 2018 to B BV against a non-arm`s length price and no corresponding adjustment takes place at the level of A Ltd,  the depreciation expenses that B BV can take into account on the transferred IP will be limited to the lowest of the following amounts:

i) Lower book-value of the asset that would have been taken into account based on this legislative proposal.

ii) The book-value of the asset before or after the start of the 2022 financial-year.

As such an international transaction with a counterparty located in a country that has a 0% profit tax should not be effected by this consultation document (under condition there is a corresponding upwards adjustment at the level of the counterparty). Please however note that in the final legislative proposal a minimum tax rate might be included.

Currently, the legislative proposal is open for consultation on the site of the Dutch tax authorities. The consultation period is ending soon after which the government will discuss the proposal and decide on implementing it or not. The proposal could be adjusted based on comments received during the consultation. We will keep you informed on any updates.

With this legislative proposal in hand we recommend to assess if this would have an impact on your company. If so, we recommend to discuss the impact and how to proceed forward.

Do you have questions or do you need more detailed information? Please contact your contact person within Grant Thornton or Monique Pisters.