In order to combat hybrid entity mismatches the Dutch government proposed to align . This legislative proposal could have an impact on various structures or transactions involving foreign entities that are the cause of qualification mismatches. Currently, the legislative proposal has been published for consultation. It is planned that the proposal will come into effect as of 1 January 2022.

The Netherlands has a very specific qualification policy when assessing whether an entity should be considered transparent or non-transparent for Dutch tax purposes. The decisive criterion, under the current regulation, concerns the question whether unanimous approval of all (general and limited) partners is required for the accession or replacement of a limited partner.

Only when unanimous approval is required upon accession or substitution, a partnership (such as a CV) is classified as transparent for Dutch tax purposes. These specific rules allow for tax planning and result in many qualification mismatches. Due to the fact that the vast majority of countries qualify a partnership as transparent, the Dutch qualification policy is seen as a cause of hybrid mismatches.

The Dutch government has submitted the aforementioned legislative proposal, in order to prevent these international qualification mismatches with regards to Dutch (and foreign) entities.

Scope of the proposal

Based on the legislative proposal, as of 1 January 2022, certain legal forms will be qualified differently than before. With this the Dutch government attempts to prevent specific qualification mismatches.

With regard to the Dutch entities the limited partnership (commanditaire vennootschap, hereinafter: CV) and the fund for joint account (fonds voor gemene rekening) are particularly affected by the proposal. Based on the proposal the non-transparent CV ceases to exist. Therefore, as of 1 January 2022, all CVs will be deemed transparent.

As of the moment that non-transparent CVs will be become transparent, based on the legislative proposal, this transition will be treated as a (fictional) transfer of assets and liabilities to the partners. Effectively, this results in the realization of goodwill, hidden- and fiscal reserves. However, various facilities such as a roll-over provision are introduced to avoid an instant cash-out. The same principle applies for comparable foreign limited partnerships. 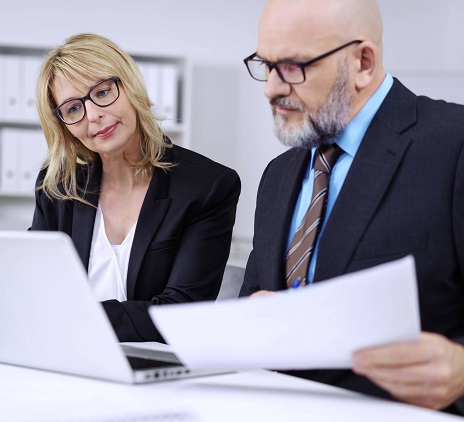 Currently, the legislative proposal is open for consultation on the site of the Dutch tax authorities. The consultation period will end on 26 April 2021, after which the government will discuss the proposal and decide on further implementation. The proposal could be adjusted based on comments received during the consultation. We will keep you informed on any updates.

Internationally speaking have always been unorthodox. This has resulted in complexity and quite some hybrid mismatch situations. In that sense, the proposed rules are a welcome change which may help simplify the Dutch tax system. However, for existing structures, one should carefully assess the consequences of this proposal as this may lead to (adverse) tax consequences.

Do you have questions or do you need more detailed information? Please contact your contact person within Grant Thornton or Monique Pisters.